PM welcomes Dame Patsy Reddy as the next Governor-General

Prime Minister John Key has today welcomed the announcement that the Queen has approved the appointment of Dame Patsy Reddy as the next Governor-General of New Zealand.

Dame Patsy will be appointed for a five year term starting on September 14, 2016.  She succeeds Sir Jerry Mateparae who will complete his term on August 31, 2016.

“I am delighted Dame Patsy accepted the role,” says Mr Key. “She is a passionate New Zealander, a well-respected businesswoman and a staunch supporter of our creative sector.

“She is thoughtful, articulate and has a brilliant legal mind.  I am sure New Zealanders will be proud to have her as our Governor-General.”

She most recently worked with Sir Michael Cullen on the review of New Zealand’s Intelligence and Security agencies.

Dame Patsy will be New Zealand’s 21st Governor-General. She is the third woman to hold the position alongside Dame Catherine Tizard and Dame Silvia Cartwright.

“New Zealand is well regarded for gender equality, having been the first country to give women the vote. Dame Patsy’s appointment sends a strong message about New Zealand valuing women in leadership roles.’’

Mr Key says it has been a privilege to work alongside Sir Jerry Mateparae.

“I would like to thank Sir Jerry for his dedication and service in his role as Governor-General and wish him and Lady Janine all the very best for the future,” says Mr Key.

There will be a State farewell for Sir Jerry Mateparae on August 24, 2016. 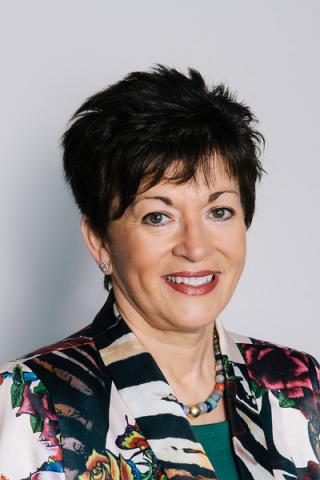