The 36 new officers include two from Fiji, two from Papua New Guinea, and one each from Australia, Singapore and Tonga.

Mr Mark, himself a former New Zealand Army officer, told the cadets that the course they had successfully completed was one of the most significant challenges they would ever face.

“You have undertaken a comprehensive training and selection regime that I know has been both physically and mentally challenging. There have been challenges that tested you to the limit of your endurance and then some,” he said.

“By your presence on parade today, it is clear to me that as the next generation of Army and Defence Force leaders you have accepted the challenge to maintain the Army’s reputation and professional standards in the coming decades.

“It is also clear that you understand the need for high personal discipline and that you are willing to live your life in accord with the Army’s core values of Courage, Comradeship, Integrity and Commitment. They are now your values, and you should be proud of that.

“I congratulate you on your achievements so far, and I wish you all the very best.” 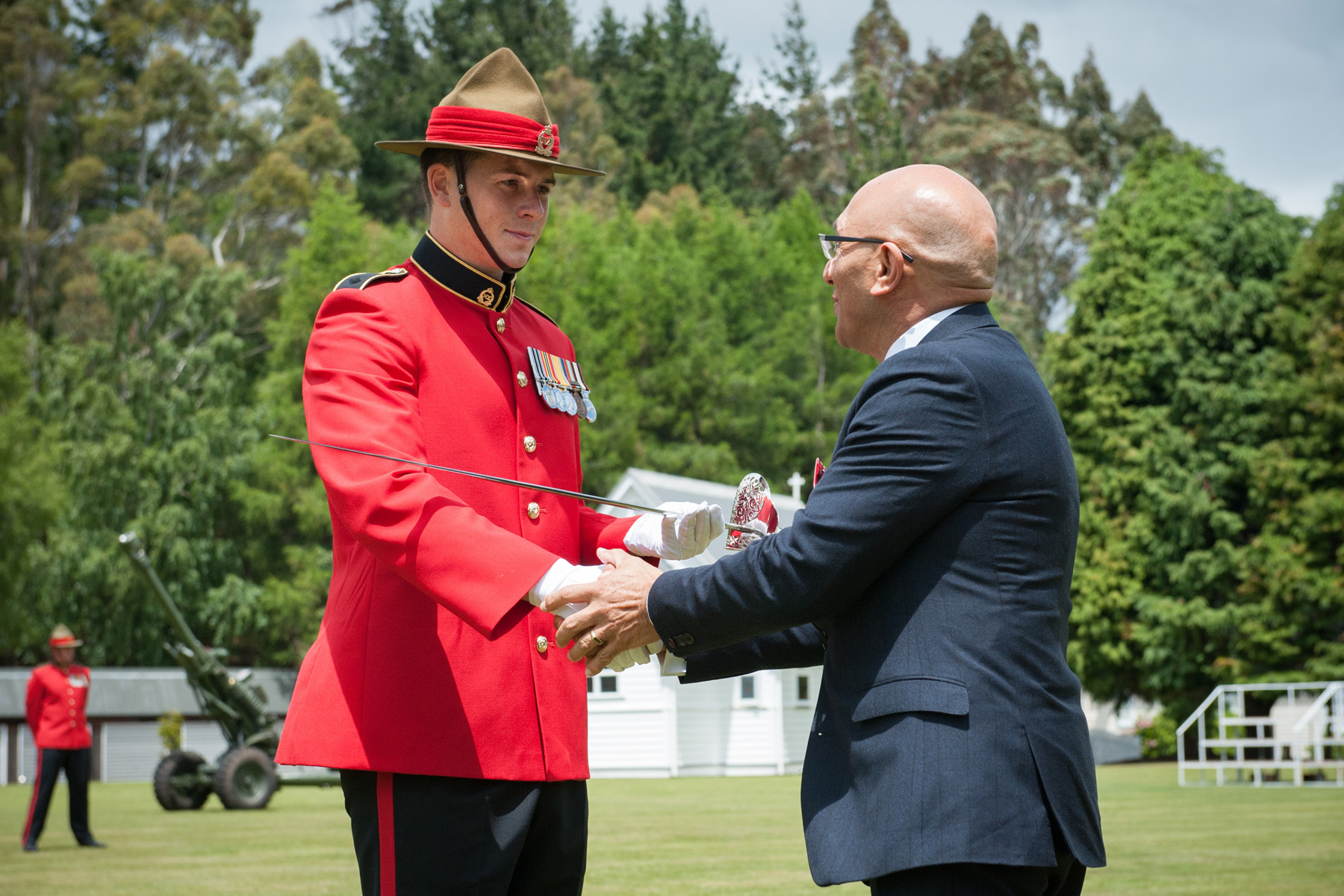