Golden labrador Dirk is replacing one of Customs’ longest serving dogs, Titan, who is retiring after six years of service at the border.

“The disruption of the supply of illicit drugs is a key priority for the government, and the noses of detector dogs, like Dirk, play a vital part in this.

“I would like to acknowledge the service record of Titan, who has made over 300 interceptions of illicit drugs including 1.5kg of crystal methamphetamine hidden inside makeup products, and cannabis hidden inside bicycle frames,” Ms Wagner says.

South Island based cash detector dog Kane, who started work at the border recently, has now also been trained to sniff out drugs.

“With increasing visitors to the South Island, especially during winter and the Christchurch rebuild, it’s important to visibly protect our communities against harmful drugs and money laundering activities,” Ms Wagner says.

Customs has 13 dogs working at the border around New Zealand. 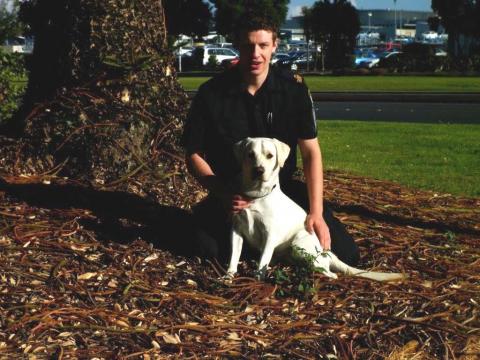