Conservation Minister Kate Wilkinson is pleased the purchase of 5.6 hectares of land on the Miranda coast off the Firth of Thames will create a new scenic reserve to protect the area's chenier plains.

The Nature Heritage Fund purchased the land for $250,000. It will be managed by the Department of Conservation as a scenic reserve.

“The purchase gives us the opportunity to protect rare chenier plain habitat that is rapidly disappearing along this coastline,” says Ms Wilkinson.

“The land is adjacent to the much larger Taramaire Wildlife Management Reserve, so will enhance the network of wetland habitat so valuable for internationally threatened wading shorebirds.”

This coastline is also recognised as internationally significant under the Ramsar Convention on Wetlands.

The land was purchased from Kaiaua farmer Rob McCartie. As part of the purchase deal, Mr McCartie has agreed to enter into a covenant over a further 14.5 hectares of land which contains the remaining chenier plain.

Mr McCartie also runs the Rangipo Museum from his property, which celebrates the history of the area. 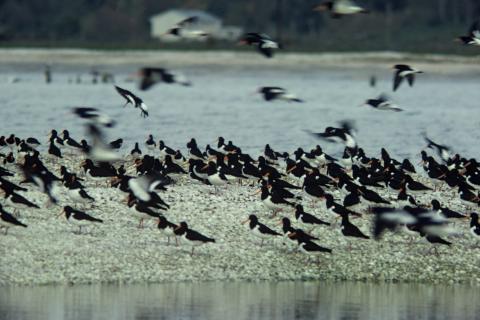