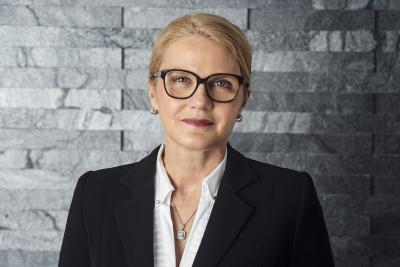 “It is a pleasure to announce that her Honour Helen Winkelmann has been appointed the new Chief Justice of New Zealand, and will take office on 13 March 2019,” Jacinda Ardern said.

“The consultation process highlighted the enormous esteem Justice Winkelmann is held in by the legal community. There was a high degree of consensus from all quarters for her appointment.

“Her Honour is recognised by her peers and the profession for her superior intellect, her judicial instinct and experience, coupled with strong leadership, qualities that I am sure will make an outstanding Chief Justice,” Jacinda Ardern said.

Justice Winkelmann graduated with an LLB and a BA in History from Auckland University in 1987 and began work as a law clerk with Auckland firm Nicholson Gribbin (later Phillips Fox, now DLA Piper). In 1988, at age 25, Justice Winkelmann became the first female partner and one of the youngest partners ever in the firm’s then 117- year history.

The new Chief Justice will commence her role on 13 March 2019, on the retirement of the Rt Hon Dame Sian Elias as Chief Justice of New Zealand.

There is no statutory process for the appointment. The Solicitor-General Una Jagose QC conducted a consultation process to inform the Prime Minister’s decision, consulting the Chief Justice Dame Sian Elias, retired senior Court judges, the New Zealand Law Society, the New Zealand Bar Association and Te Hunga Rōia Māori o Aoteroa (the Māori Law Society). That consultation was to determine who was thought to meet the criteria for Chief Justice.

In announcing this appointment the Prime Minister pays tribute to the excellent service the Right Honourable Dame Sian Elias has given as Chief Justice. Dame Sian has played a significant role in the development of our laws and constitution and has represented New Zealand superbly on the international stage.

For many years, Justice Winkelmann was a trustee of the Starship Foundation and Lynfield College Development Trust.