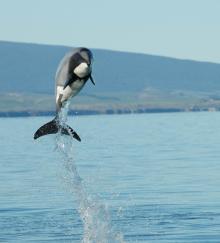 The new restrictions require non-commercial fishers to stay with their nets at all times when setting nets between the Waiau and Clarence Rivers on the east coast of the South Island, and in Te Waewae Bay in western Southland (see map attached).

These measures require fishers to stay with their nets so that when dolphins are nearby, steps can be taken to make sure they don’t get caught.

The restrictions are “interim measures to mitigate the effects of fishing on Hector’s dolphins” that were consulted on by the Ministry of Fisheries (MFish) in October and November this year. The measures are to protect Hector’s dolphins while a Threat Management Plan is being developed by MFish and the Department of Conservation, which is due to be completed in 2007.

Mr Anderton said his focus in deciding on measures has been to ensure effective controls are in place when using set nets.

“I am concerned generally about the impact of set nets on the aquatic environment. As a first step I want to ensure responsible use of this method. Risks can be reduced if set nets are used properly.

To help people understand what to do, and what not to do, MFish has renewed the set net code of practice for the non-commercial sector. We will also be raising awareness of responsible set net use through an extensive publicity campaign starting today.”

“Hector’s dolphins are only found in New Zealand waters and scientists estimate as few as 7000 are left. These new restrictions are to ensure responsible set net use in areas where I consider dolphins are most at risk”.

The restrictions for the north Canterbury and Kaikoura coast extend an existing area of protection for a population of around 1800 dolphins centred around Banks Peninsula.

“There is an existing seasonal ban (1 October to 31 March) on recreational set nets between the Waitaki and Waiau Rivers and the new restrictions should provide further protection for this population” Mr Anderton said.

“The population at Te Waewae Bay is smaller than the East Coast population, possibly in the low hundreds and it is very important that fishers adopt good set net practice to prevent dolphins from being accidentally caught.”

“However, all sectors should be on notice that these additional set net controls are interim measures only. I will look to see how effective these measures have been, particularly current voluntary controls, and consider additional measures as part of the Threat Management Plan process.”

The Threat Management Plan will also consider the need for further measures in other areas where Hector’s dolphins are present.

Conservation Minister Chris Carter is supportive of the Ministry of Fisheries actions to address some of the danger facing the Maui’s and Hector’s dolphins this summer.

“The North Island Hector’s dolphins, also known as Maui’s dolphins are critically endangered with as few as 110 remaining between Mokau and Kaipara and on the west coast” Mr Carter said.

Since September, three Maui’s dolphins, and seven Hector’s dolphins have been reported dead. The cause of the majority of these deaths is not clear, but anything that can be done to reduce threats to the dolphins is of benefit.

“I am extremely concerned to hear that for the first time since 2003, there have been three Maui’s dolphin deaths in just three weeks from unknown causes. These animals are our ‘kakapo of the sea’, and we must ensure this species can continue to survive for now and for future generations.”

To protect these dolphins from fishing pressure, in 2003 commercial and amateur set netting was banned between Maunganui Bluff (north of Dargaville) and Pariokariwa Point (north of New Plymouth), to a distance of four nautical miles offshore. At the same time set netting was also been banned in the Manukau Harbour entrance. These fishing restrictions still stand and cover the full extent of Maui’s dolphins range, based on reliable sightings information.

Mr Carter will be keeping a close eye on any developments that arise from the interim measures announced by the Minister of Fisheries today.

“I am very pleased that the Ministry of Fisheries intends to tackle some of the major threats to Hector’s dolphins in advance of the Threat Management Plan, and my department will continue to gather information to try to discover the cause of deaths for any beachcast dolphins.

“Fishing is not the only threat facing these animals and I will be looking towards the Threat Management Plan to address the range of threats faced by Hector’s and Maui’s dolphins”.

Mr Carter also had a message for kiwis heading to the coast this summer.

“As we approach the holiday season, I urge all New Zealanders who share the same coastal waters with the dolphins to please take care with boats in coastal areas were Hector's and Maui's dolphins are likely to be present. At this time of year mothers and their new born calves are particularly vulnerable to disturbance and boat strike.”

The Department of Conservation and the Ministry of Fisheries are jointly working on a ‘Threat Management Plan’ for Hector’s dolphins (including Maui’s dolphins). This plan, which will address all the threats to these dolphins, will go through a public consultation phase in the middle of next year and should be released towards the end of 2007.