“The world-class patrol vessel has been purpose-built to boost Customs’ ability to identify risk, and carry out enforcement now and into the future,” says Ms Whaitiri.

Designed by Teknicraft in Auckland and built by Q-West in Whanganui, Hawk V is an 18.6 metre long, foil supported, aluminium catamaran. Equipped with the latest technology, the new vessel has the ability to monitor comings and goings over a much greater sea area than her predecessors, and at a much faster pace of around 40 knots.

Primarily based in Auckland, Hawk V will be operated by a crew of four Customs officers with specialist maritime expertise. The Hawk can be deployed to other regions.

As New Zealand’s oldest government department, Customs has a long history of keeping New Zealand and its people safe from border threats, both land and sea.

This new vessel is the fifth in the history of the New Zealand Customs Service to bear the name ‘Hawk’ — the first Hawk served for six years after in Auckland from January 1881 and focussed on tobacco smugglers.

The days of tobacco smuggling may be over but the focus on protecting New Zealand remains the same. Hawk V will extend Customs’ reach deep into our territorial waters.

Hawk V replaces Customs patrol vessel Hawk IV which has been in service for 19 years, and is similar in size and shape to Police’s vessel Deodar III. This will allow both agencies to work together.

“It is great that we are commissioning this new vessel on International Customs Day,”says Hon Meka Whaitiri. 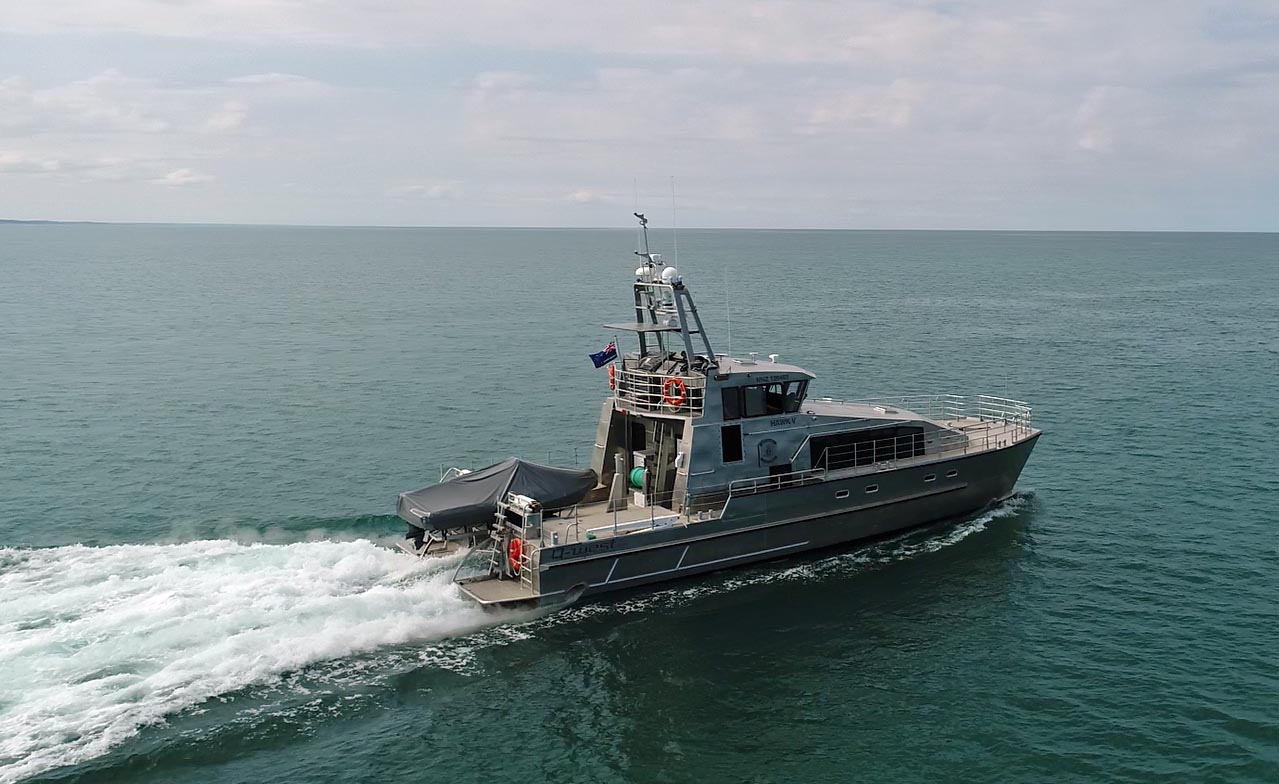