Officials from Hong Kong Customs and the General Administration of China Customs’ Anti-Smuggling Bureau have been in Auckland to learn how drug dogs are trained to detect cash, so they can progress similar programmes in their own Customs administrations.

“It’s fantastic we’re able to assist Hong Kong and China to build this special capability, as detecting undeclared or hidden cash is an increasing priority for many Customs authorities as evidence shows following the money trail can lead to cracking serious organised crime such as drug smuggling.

“Having Hong Kong and China Customs detector dogs sniff both drugs and cash will disrupt drug smuggling and money laundering by transnational syndicates, with flow-on benefits for us in New Zealand,” Ms Wagner says

New Zealand shares formal agreements and a close customs-customs operational relationships with both Hong Kong and China, with the agencies working together to target the illicit drug trade through cross-border efforts.

Officials spent a week getting an overview from Customs’ cash dog training experts, and watching dogs-in-training, Rajax and Xaria, in action. 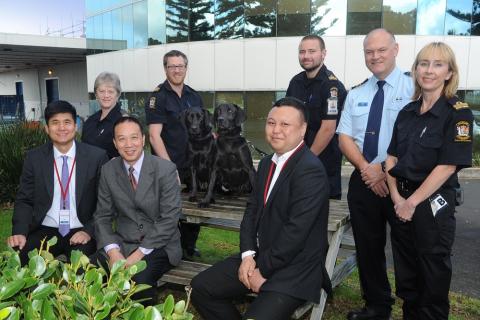 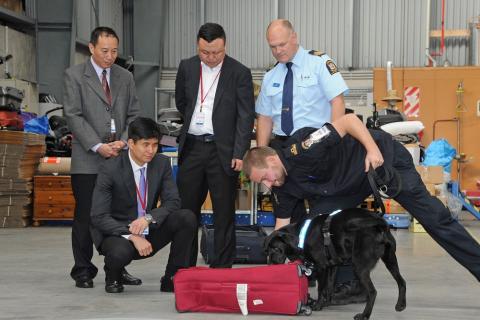