“Fairy prions are a ‘keystone species’ for island ecosystems. The fairy prions will provide a crucial boost to Mana Island’s ecosystem and I look forward to hearing about the success of these birds making the predator-free island their home,” Ms Wagner says.

The translocation project is a community partnership between DOC, Friends of Mana Island, Ngāti Toa, Ngāti Koata, and sponsors OMV. Mana Island is a Scientific Reserve managed by DOC.

“This is another example of DOC successfully partnering with organisations and volunteers who have a shared vision for conservation of our natural resources.

“The chicks arrived at Mana Island today and were transferred to their specially constructed nesting houses which will help them settle into their new home.

“The project will see a total of 200 fairy prion chicks moved from Stephens Island in the Marlborough Sounds to Mana Island, with 100 being shifted today followed by another 100 in 2016.

The fairy prion is one of New Zealand’s most abundant seabirds. They are commonly seen in exposed coastal waters in New Zealand and in the South-west Pacific region.

“Thousands of volunteer hours have been spent planting over 500,000 trees, raising funds, installing nest boxes, monitoring birds, and removing weeds from the island. I would like to commend the many volunteers on their tireless efforts to make this translocation possible,” Ms Wagner says. 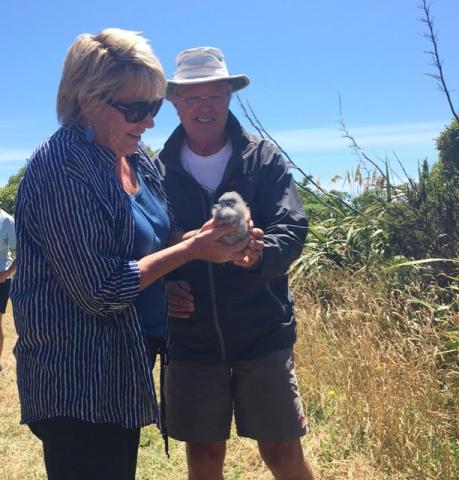