Ban on the sale of high powered magnet sets

Consumer Affairs Minister Simon Bridges has announced a ban on the sale of sets of small high powered magnets that have caused serious injuries in New Zealand and at least one reported death in Australia.

The magnets are sold in New Zealand under a variety of brands in stores and over the internet. These magnets – known as ‘rare earth magnets’ – are up to 50 times stronger than conventional ferrous magnets of a similar size.

“These magnets are harmless to play with but if swallowed can cause serious internal damage that can require major surgery,” says Mr Bridges.

If two or more of these magnets are ingested they can become joined up in the digestive system and the pressure they exert can cause serious inflammation and ulceration. Left untreated, this can quickly lead to major tissue damage, perforations and potentially infection sepsis and death.

“Because of their strength, older children have been known to use these magnets as mock jewellery, such as mouth or tongue studs. Young children swallow them out of natural curiosity.

“As a result children have been seriously harmed overseas, including many hospitalisations in the United States and Australia and the death of an 18-month-old in Queensland. In December a New Zealand toddler was admitted to Auckland’s Starship Hospital after ingesting some of the magnets. Officials are aware of at least two other serious cases here involving hospitalisation and surgery.

“Though these magnets tend to be marketed at adults as office toys and many brands carry strict safety warnings, it is clear from the cases here and overseas that they pose too great a risk to children.”

The Unsafe Goods Notice for these small powerful magnets will mean that from tomorrow no one will be allowed to import or sell these magnets in New Zealand. The notice is issued under section 31 of the Fair Trading Act 1986 and will be enforced by the New Zealand Customs Service at the border and the Commerce Commission in the marketplace.

The magnets are sold all over the world and New Zealand is believed to be the third country, following Australia and the US, to formally ban them from sale.

Mr Bridges urges anyone who already owns sets of these magnets to ensure they are used safely and to be particularly careful where they are accessible by children.

“Regulation is only one measure to protect children. The most significant protection is for parents and other adults to make sure that young children cannot access these magnets and that older children are made aware of the dangers of misusing them.”

1. What products are subject to this ban?

These measures are aimed at prohibiting the sale and supply of small, strong magnets sold in sets of two or more. The magnets are very different from conventional ferrous type magnets in that they are extremely powerful. They are made of a substance known as neodymium-iron-boron (NIB) or rare earth. 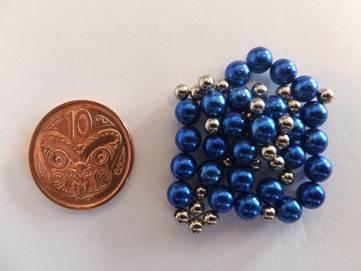 2. What about the magnets already out there?

The ban is not retrospective so there will be numerous sets of these magnets already out in the community. It is important for parents and care-givers to make sure young children cannot access the magnets and that older children are aware of the risks.

The magnets were advertised as being for adults and some brands carry strict usage warnings. It is important that they are used safely.

3. Why not recall all of these magnets?

The supply chain for these products is very fragmented with no one single company or product. Many have been supplied via the internet, including overseas websites. All these factors would make the coordination of a recall very difficult with a very limited chance of getting a significant level of products returned.

4. Does this mean magnets of this type will be banned from use in the classroom (as a science teaching aid)?

The action I have taken will only apply to the sales of these magnets for personal or domestic use. This ban will not affect the use of this type of magnet in schools and universities for teaching purposes nor would it affect any industrial or commercial use of these magnets.