Mr Peters grew up in Northland and holds a BA and LLB. He entered Parliament in 1978 in the seat of Hunua and was MP for Tauranga from 1984 till 2005.

In 1993, Mr Peters and others formed the New Zealand First Party and gained representation in the last First Past the Post election, and then in 1996 won 17 seats in New Zealand’s first MMP election.

He was Deputy Prime Minister and Treasurer from 1996-1998, leading business and finance delegations to Asia’s capitals, the US and Canada.

From 2005-2008, Mr Peters was Minister of Foreign Affairs and New Zealand Aid in the New Zealand First confidence and supply arrangement with the Labour Government.

He is credited with being personally responsible for thawing NZ-US relations.

Mr Peters has gained a reputation for his tenacious pursuit of fairness and accountability, highlighted by victories in a number of political exposes. This continues to underscore his politics.

Mr Peters has been successful in two by-elections, one in Tauranga in April 1993, and again in Northland in March 2015.

As well as being a former primary and secondary school teacher, Mr Peters has practised as a Barrister and Solicitor, including in his own law firm.

He is a former New Zealand Maori rugby representative.

After the 2017 general elections, New Zealand First formed a coalition government with the Labour Party. Mr Peters is the Deputy Prime Minister, Minister for Foreign Affairs, State-Owned Enterprises and Racing.

All Releases and Speeches from Rt Hon Winston Peters 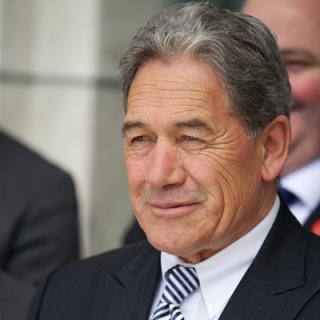