Hon Stuart Nash first entered politics in 2008 as a list MP, and was elected Labour MP for Napier in 2014.

In his maiden speech Minister Nash described himself as first and foremost a public servant, employed by the people of New Zealand; and as a social democrat committed to sustainable economic development and growth. In 2017, he was sworn in as Minister of Police, Revenue, Fisheries and for Small Business.

In the 2020 Labour Government, he was given a suite of portfolios focused on supporting economic activity in our regions, as Minister for Economic and Regional Development, Tourism Minister, Forestry Minister and Minister for Small Business.

Prior to entering politics Minister Nash worked in senior management in small and large organisations in both the private and public sectors. His wide-ranging career has included roles in IT, sales and marketing, business strategy, resource planning, strategic planning and general management.

He is the great grandson of the third Labour Prime Minister Sir Walter Nash, and grew up in Napier where his father was a local lawyer and his mother was a school dental nurse.

He attended Napier Boys’ High School where he was a prefect and captain of the debating team and where his sporting interests included rugby, cricket and representative tennis. He is married to Sarah and has four children. He is currently a member of the Parliamentary cross-party rugby team, and enjoys all sports but these days more from an armchair than a court, pitch or field.

All Releases and Speeches from Hon Stuart Nash 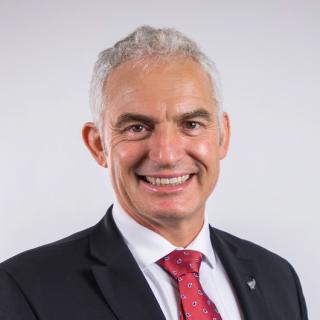