Prime Minister Jacinda Ardern was born in the city of Hamilton, New Zealand, and grew up rurally. She attended high school before graduating from the University of Waikato with a Bachelor of Communication Studies in Politics and Public Relations.

Post-university, she worked as an advisor in the office of then-Prime Minister Helen Clark, in London for the Government Cabinet Office and as an Assistant Director in the Department for Business and Enterprise, and on a review of Policing in England and Wales.

The Prime Minister joined the New Zealand Labour Party at age 18 and entered New Zealand’s Parliament in 2008. Over her twelve years as a representative she has been a strong advocate for children, women, and the right of every New Zealander to have meaningful work.

She became the MP for the Auckland electorate Mt Albert in early 2017, and the Leader of the Labour Party in August 2017. As well as Prime Minister, she holds the roles of Minister for National Security and Intelligence, and Minister for Child Poverty

Reduction, an issue particularly close to her heart. She is also the Minister Responsible for Ministerial Services and Associate Minister for Arts, Culture and Heritage.

All Releases and Speeches from Rt Hon Jacinda Ardern 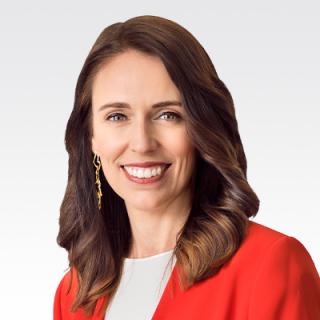