A member of the Labour Party, Aupito William has been the elected Member of Parliament (MP) for the Mangere Electorate since 2008.

Prior to entering the New Zealand Parliament in 2008, he served in local government as the deputy mayor of Manukau City and the elected city councillor for the Otara Ward. He is the first elected official of Pacific descent to hold a mayoral office in the city.

Born in Samoa and educated in New Zealand, Aupito is a bilingual speaker fluent in Samoan and English.

Aupito William is passionate about advocating for diversity and the needs of Pacific peoples. In addition, he has been very vocal about climate change and how it is affecting the smaller islands and atolls in the Pacific region.

He is a proud New Zealander, one of a generation of New Zealand Pacific people who are bilingual and comfortable in both worlds and equally proud of their Samoan heritage.

All Releases and Speeches from Hon Aupito William Sio 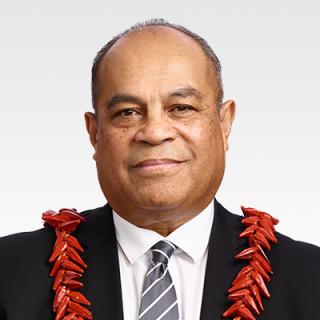