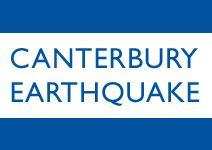 12 June 2014
Performing Arts Precinct off to an exciting start

14 May 2014
New programme to show progress of public projects

7 May 2014
Govt awaiting own review of Korda Mentha report

Popular Container Mall on the move

RELEASES AND ANNOUNCEMENTS IN 2013

21 November 2013
Disappointment over Land Use Recovery Plan hold up

2 November 2013
Labour would ratchet up the risk for everyone

Bringing government agencies together in CBD

Strong progress made in CBD purchases

23 May 2013
Christchurch CBD construction ramps up

Our recovery has strong foundations

Kids urged to imagine their own Amazing Place

RELEASES AND ANNOUNCEMENTS IN 2012

Skills and Employment Hub for Christchurch

More beds for workers made easier

Investors encouraged to back Christchurch

Church should release all documents

New unit for the rebuild of central Christchurch

Unemployed Cantabrians to work in the red zone

PM: Hearts go out to people of Christchurch after latest quakes

Next steps for Canterbury DHB rebuild

Visit the CERA website, http://www.landcheck.org.nz, to check the status of residential property in greater Christchurch.

Prime Minister: Govt outlines next steps for people of Canterbury

Prime Minister John Key today announced the next step in the government's ongoing work to give people of greater Christchurch a clearer picture of what their future holds following a series of major earthquakes and aftershocks in the region.

Canterbury Earthquake Recovery Minister Gerry Brownlee says the announcement today of zones of land damage in greater Christchurch is the most up-to-date information that can be provided. [Many attachments of interest included in this release.]

Recycling of earthquake waste to be maximised

Changes to speed up urban planning in ChCh

Exemption will deliver over 1000 more sections

Consultation on the future of education in Canterbury

Quake anniversary a time for thanks

New Zealanders can have confidence in EQC

Govt outlines next steps for people of Canterbury

Govt to outline next steps for people of Canterbury

$5.5b for Canterbury Recovery Fund

PM thanks US film organisations for donations to Christchurch

Minister calls for expressions of interest